The challenges of translation aren’t new to content strategists, but the hard work of translating video, film, games, and other multimedia content are. As product and marketing teams produce more video, how will content strategists make sure such content is useful for customers where they are and in their own language?

To answer this question, a team of content strategists and designers met at The Voice Company in Burbank, Calif. on Sept. 23, 2015 to see how a working Hollywood voiceover production studio prepares video for international audiences. The event was organized by Scott Abel, The Content Wrangler, and Content Strategy Southern California, a meetup group for content and design professionals in and around Los Angeles.

Todd Resnick, Managing Director of The Voice Company, led the tour through the studio and shared success stories and information about work his team has been doing for Amazon, HBO, Mattel, and other clients who create motion pictures, television, Internet video, and games. Resnick’s studio provides multilingual voiceover services to firms in Hollywood and throughout the world in a multitude of languages.

“When we begin,” Resnick explained, “we transcribe everything we hear [in the video] — all the dialogue, all the cues, all the special effects.” Content strategists would call this a content audit. This comprehensive transcription then goes to a translator for work.

“The translation process is the initial framework of the show,” Resnick said, “but that’s not enough — it’s the start.” To assist with casting, Resnick’s team then creates character sheets, a cast list that helps them determine how many voiceover actors will be needed for production. Numerous other detailed steps happen before performers set foot in the studio.

In the studio, what happens often goes beyond translation to become transcreation. Content strategists might call this a form of localization: The process of adapting a message from one language to another, while maintaining its intent, style, tone and context. For instance, Resnick explained that, in translating some of the jokes in Amazon’s Transparent into German, translators had to recreate humor about Los Angeles’ Pacific Palisades for an audience that might not be familiar with the neighborhood’s wealth and other idiosyncrasies.

Stay focused on the customer.
Jim Rochford, a customer engagement manager at Reprints Desk, attended the event and was impressed by The Voice Company’s focus on customers, not just the content creators but also the viewers who consume the content. “To me the biggest takeaway was speak to the customer the way they would want to be spoken to,” Rochford said. “And make sure you keep a relentless focus on the customer.” Rochford noted that video content with translated voiceovers might not seem to be perfectly synchronized, “but customers see that the brand made the effort and was thinking of them.”

Deliver the right content at the right time.
To synchronize translations as much as possible, The Voice Company documents every audio cue in a video they’re translating. Voiceover performers then use this guidance to match the video — when a character is speaking and when she is not. “The visual presentation matters,” Resnick explained, and noted the importance of matching the characters’ actions and voice with a precise lip synch. This entire process is key to delivering dialogue at the right time. In certain digital flows and products, content strategists similarly balance when to deliver content. Timing is everything.

Pay attention to what you say and how you say it.
Recreating the dialogue in a film or television show requires the work of skilled voiceover performers. These actors deliver dialogue in the appropriate voice and tone for the work being translated. Similarly, content creators need to focus on crafting messaging and other content in the appropriate voice and tone for their audience and experience.

Collaborate with the right people.
Amanda Ahn, an information developer at IBM Enterprise Content Management, also attended the studio tour and was impressed by the team that comes together to work on a translation. “One thing that struck me was that a lot of their translators are local” to the Los Angeles region. This enables the team to achieve an effective synergy, united around a clear plan. “They are able to get everyone in the same room, and this helps them get work done fast.” Achieving these working relationships remains a challenge for most enterprise content strategists.

Plan.
Another attendee, Kerstin Ide, an enterprise content strategist and operations professional currently working at Intuit, noticed how fundamental content strategy principles apply to translation. “Content strategy doesn’t stop with some types of content,” she said. The processes and steps we apply to create and manage content “apply to any form of content, including production for video and film.” Planning is certainly one of the most important steps.

Rochford praised The Voice Company’s planning. Even before the voiceover actors get to the studio, their characters, cues, and dialogue are carefully documented. “By the time they get to the studio,” he said, “they just need to execute what they planned to do.”

Ide praised The Voice Company for their methodical approach to translation and noticed that their efforts smartly plan for the future. The “globalization perspective” they bring to their clients helps them be effective now and prepare for future market growth beyond English-only borders.

Perhaps most importantly, the thoughtful, thorough planning enables the creative work to occur in the studio. “That’s where the transcreation happens,” Resnick said. That’s where the work of the translator, sound engineer, director, actor, and others come together to create a new work — a fresh, localized version of the original. “At the end of the day,” Resnick said, “it is subjective — it is art.” 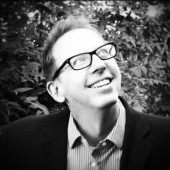 Michael Haggerty-Villa is the senior technical content strategy manager at Hewlett Packard Enterprise Software and is also the founder and organizer of Content Strategy Southern California and Content Strategy San Jose | Silicon Valley. He is an organizer of the Los Angeles User Experience Meetup group, and, as a content strategy leader, he has collaborated with companies such as Walt Disney Parks and Resorts Digital, Kaiser Permanente, eBay, Yellowpages.com, and DIRECTV.

A Book That Disappears in 60 Days: Will It Encourage Consumers To Read The Books They Buy?